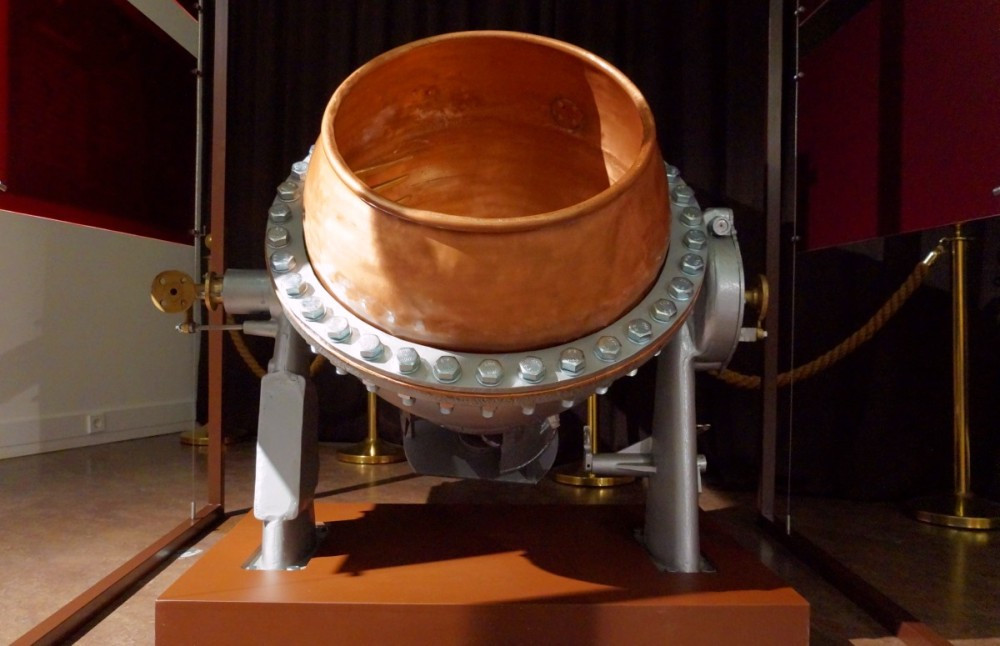 The Serenāde candy boiler has boiled one tonne of candy pulp per day for 40 years.

In this pot, apple and apricot purees were mixed with sugar. When the consistency had thickened sufficiently, roasted, crumbled nuts were added to the mixture until a thick, stringy texture was obtained.
The boiling point was 120 degrees throughout the process.

The origins of the candy Serenāde date back to 1937. In the Soviet Union, the ideology was that everything belonged to everyone, so all the factories included in the union had to share recipes. It is the only candy of Laima, the recipe of which was preserved during Soviet times without disclosing it to other Soviet confectioners.

Legend has it that a young and extremely talented confectioner was in love with a girl. He did not simply propose marriage to his beloved, but instead created a new candy as proof of his love and presented it to her. He named the candy Serenāde.